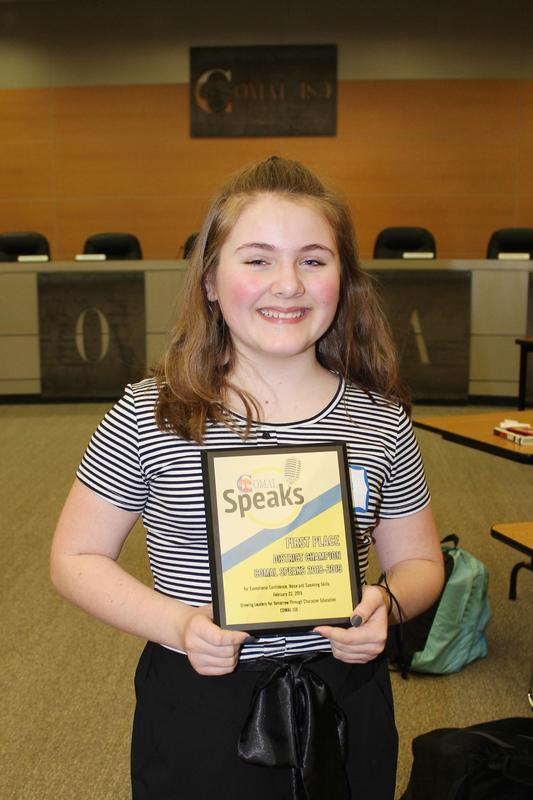 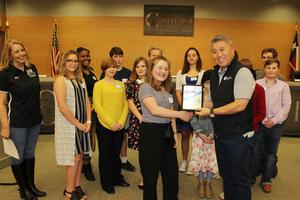 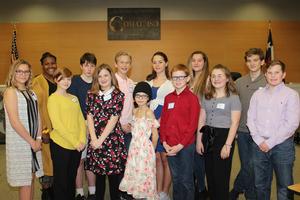 Thirteen middle school students competed Friday at the District’s headquarters for the championship title. Representing their middle schools, the sixth through eighth grade competitors were each given a topic related to Comal Commitment character traits, which consist of responsibility, respect, judgment, honesty, integrity, courtesy, confidence, teamwork, empathy and perseverance.

Wenzel was asked which trait was the hardest to manage, and her response was perseverance using firsthand accounts to make her point.

“It is sometimes hard to convince yourself to keep going,” explained Wenzel, who showed her own perseverance by attending the day’s competition although she wasn’t feeling well.

“Many students were asking teachers, so ‘what’s next?’ for us,” says Carla Schumann, the district’s director of fine arts. “Comal Speaks has kept them motivated and interested in character building. We are now looking to extend the competition into the high school with a way to further develop their skills.”